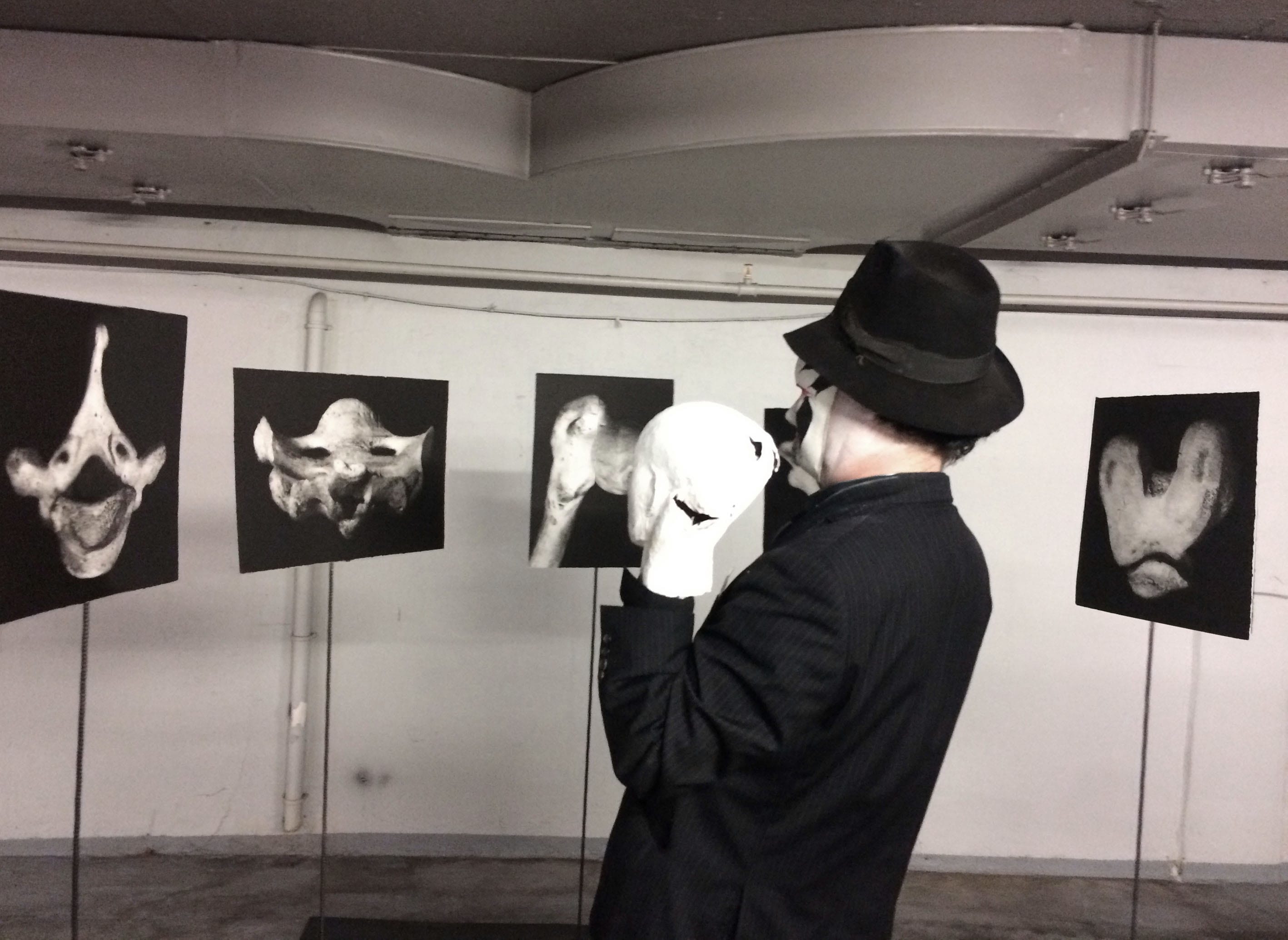 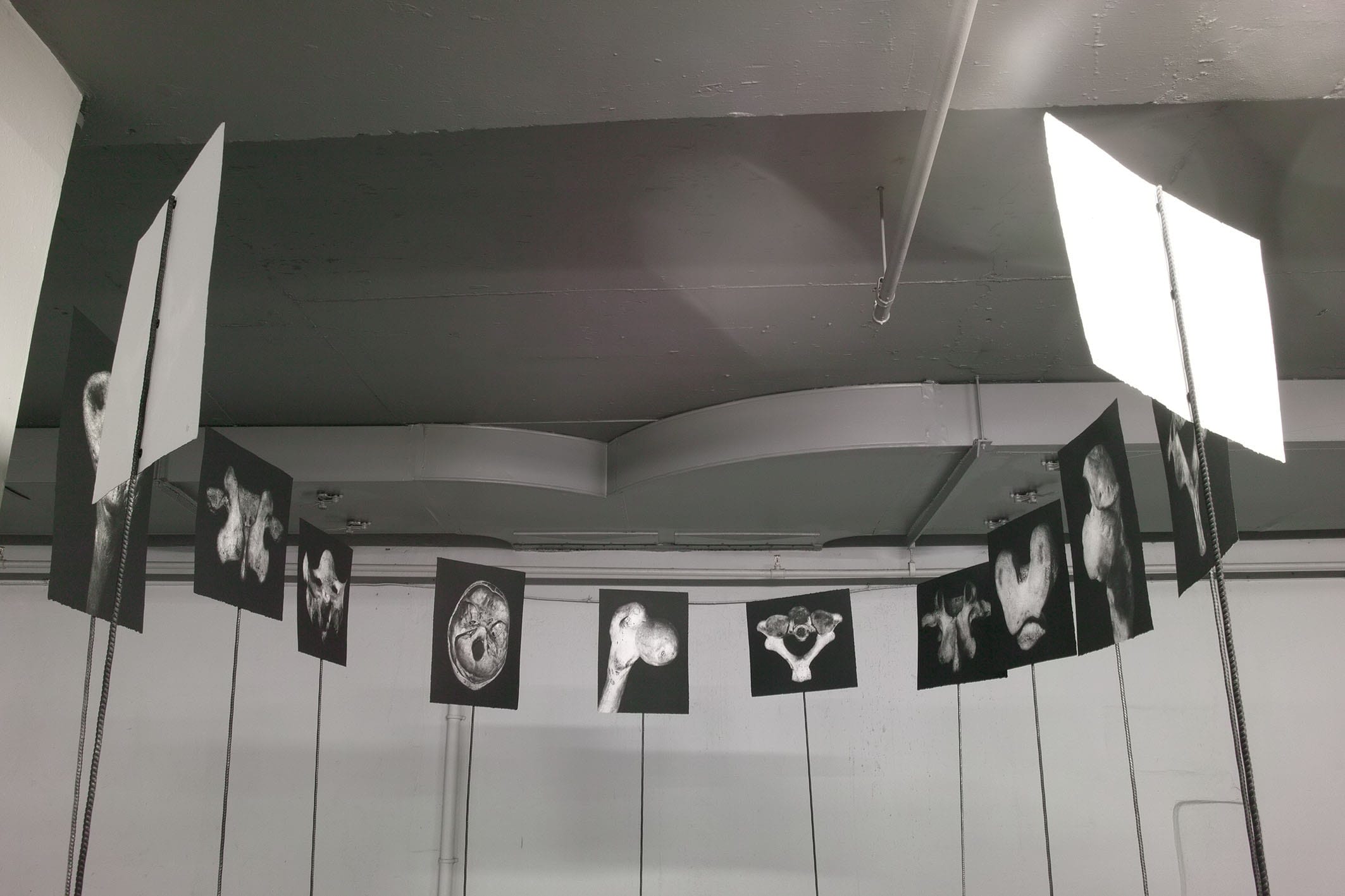 Thames-Side Print Studios-based Carol Wyss participated in Protocol, curated by Vanya Balogh, which took place during the Frieze 2018 weekend. Q-Park, Cavendish Square, Level -3, London W1G 0NP Exhibition dates: Saturday 7 and Sunday 8 October 2018, 10am-8pm 'In the Eye of the Beholder' is a series of etchings featuring images of human bones resembling faces. It started with bones in my studio seemingly looking at me - a known psychological phenomenon ‘Pareidolia’, seeing faces in inanimate objects. My response was to look back and make these ‘faces’ visible via drawing, photography and etching. I became interested in the role of masks which whether sacred, practical, or playful have throughout history helped understand what it means to be human, because they allow one to imagine what it is like to be transformed into a different identity. When you step into the circle you are both looking and being looked at. Carol Wyss, October 2018. Carol Wyss, born in Switzerland, lives and works in London. She graduated in 1998 with an MFA from the Slade School and exhibits regularly throughout Europe and the UK. Carol’s work is a concerted search for the structure of things; dissecting existing forms, she reassembles them anew and methodically searches for their inextricable connection. The skeleton is the basic structure through which she examines the relationship of humans to their surroundings. www.carolwyss.net

Images: Carol Wyss, In the Eye of the Beholder, performance and installation view, courtesy the artist and Protocol, 2018.